So May’s income report is super late because we were sailing! What a concept, right?

We also had to shell out over $500 smackers to board the pooch while we did this trip. It was worth it because he got to play and run around with other dogs, and we got to relax and not have to worry about whether he was comfortable. The hubs flew down once we reached Norfolk and picked him up at Camp Canine and they drove back up to the boat. It worked out well, but did I mention, we spent a shit-ton of money?

I thought about totaling up the receipts for everything, but thought against it because I was just excited that I was able to still actually put some money away. I have no idea how, but I did.

The sail up was actually awesome. The weather cooperated perfectly, I had enough food on this boat to get us to China and back, and we had plenty of wine for the trip. Don’t worry – we didn’t partake (minus one beer each night at “Captain’s Hour”) until we officially got inside after being offshore for 5 days straight. We dropped an anchor at 6am the morning we arrived, and we promptly decided to get drunk. 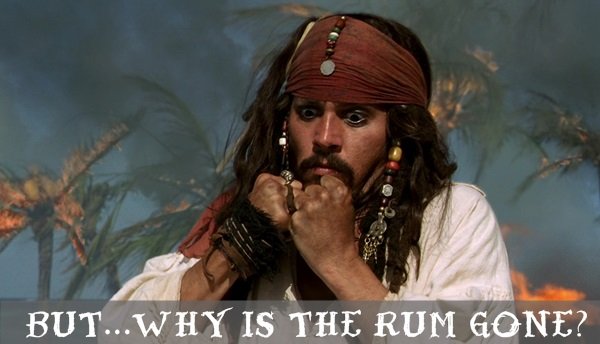 However, our goals of living by the WWJSD philosophy (What Would Jack Sparrow Do?) and cracking open a bottle of rum and drinking ourselves silly was just that. All talk. Although we did crack out the booze, we didn’t get drunk because we were too tired to drink a second glass.

Don’t worry, we made up for it later.

So here are the totals for May. The below is my side income only. It does not count the income I make from my job, nor the book sales or the honey’s freelance income.

Whoa! Don’t be jealous of my Adsense and affiliate income. But it was still a decent month overall! Even more exciting is the fact that I was able to sink almost every penny of that into savings. As you can see, this month my affiliate income is suffering, and so far, I’ve never had too much luck with Adsense, but I want to definitely grow that income stream and plan to experiment/document my trials in a future post. In all honesty, I just haven’t taken the time to really learn how to get more out of my Adsense because right now, I’m putting my efforts elsewhere, but we’ll see!

There you have it. My post on June’s income will be up next. I’m excited to tell you about the Adsense income increase in June!

If you have any suggestions or questions, please leave a comment. Thanks for reading!